Oct 15, 2021, 10:12 AM
Tim Jennings enjoys spending his days fishing from his kayak. So, when this active and healthy 56-year-old experienced "fluttering" in his heart, he decided there was no time to waste.
Title : Tim's Story- Atrial Fibrillation
Author Name :
Link Url :
Link Text :
Hide Quotation Marks : Yes

When Tim Jennings isn’t working, you’ll likely find him fishing from his kayak. It’s such a passion that he even engages in competitive kayak fishing. He is also an avid tennis player and loves to hit the courts regularly.

So, when this active and healthy 56-year-old experienced a repeated “fluttering” in his heart, he decided to visit his primary care physician, who performed an EKG that revealed atrial fibrillation (AFib). Tim was told he needed to see a cardiologist as soon as possible.

Tim went to the experts at Virginia Heart, where general cardiologist Dr. Eric Pauley performed a thorough exam and some additional testing. Dr. Pauley explained to Tim that his heart’s ‘electrical’ system was causing the irregular heartbeat. He referred Tim to his colleague, Dr. Chirag Sandesara, one of Virginia Heart’s electrophysiologists. These cardiologists are sub-specially trained to focus on the heart’s ability to regulate its heart rate and rhythm.

Dr. Sandesara reviewed Tim’s medical history, which indicated a diagnosis of sleep apnea. Sleep apnea was the likely risk factor for his AFib, and thankfully Tim was being treated for this condition with a CPAP machine. Since he had no additional risk factors for AFib, such as obesity, lack of exercise or excess alcohol use, Dr. Sandesara presented Tim with two options: 1) his AFib could be managed with life-long medications or 2) he could opt for an elective radiofrequency ablation that would stop the electrical impulses that were sending his heart into AFib.

Given his young age and the frequency of his symptoms, Tim opted for the ablation. “I’m of the opinion of let’s fix it now while I’m young and move on,” he said. “I didn’t want to take medication for the rest of my life.”

Tim underwent the outpatient procedure which involves general anesthesia. Dr. Sandesara guided a catheter with a thermal (heated) tip through a vein in Tim’s leg to access the left atrium. The catheter maps the abnormal electrical signals of the heart that cause AFib. It then targets these signals and sends energy to the catheter tip which heats the tissue and causes lesions or scars to form. This stops the irregular electrical signals that cause AFib. This minimally invasive procedure does not require large incisions and depending on how quickly they recover, most patients go home the same day.

“For Tim, this was really about improving his quality of life,” Dr. Sandesara said. “Since the ablation, he has been able to return to fishing without being affected by AFib.”

“Dr Sandesara is a fantastic doctor,” Tim said. “He explained everything and made me feel really comfortable with the decision to go ahead with the ablation. The entire Virginia Heart team was so friendly, so professional and made me feel like whatever happened I was going to come out of it just fine.”

With the procedure behind him, Tim is living life fully again. “It has allowed me to do the things that I enjoy and the things my family and I enjoy together without worrying about something happening,” he said. 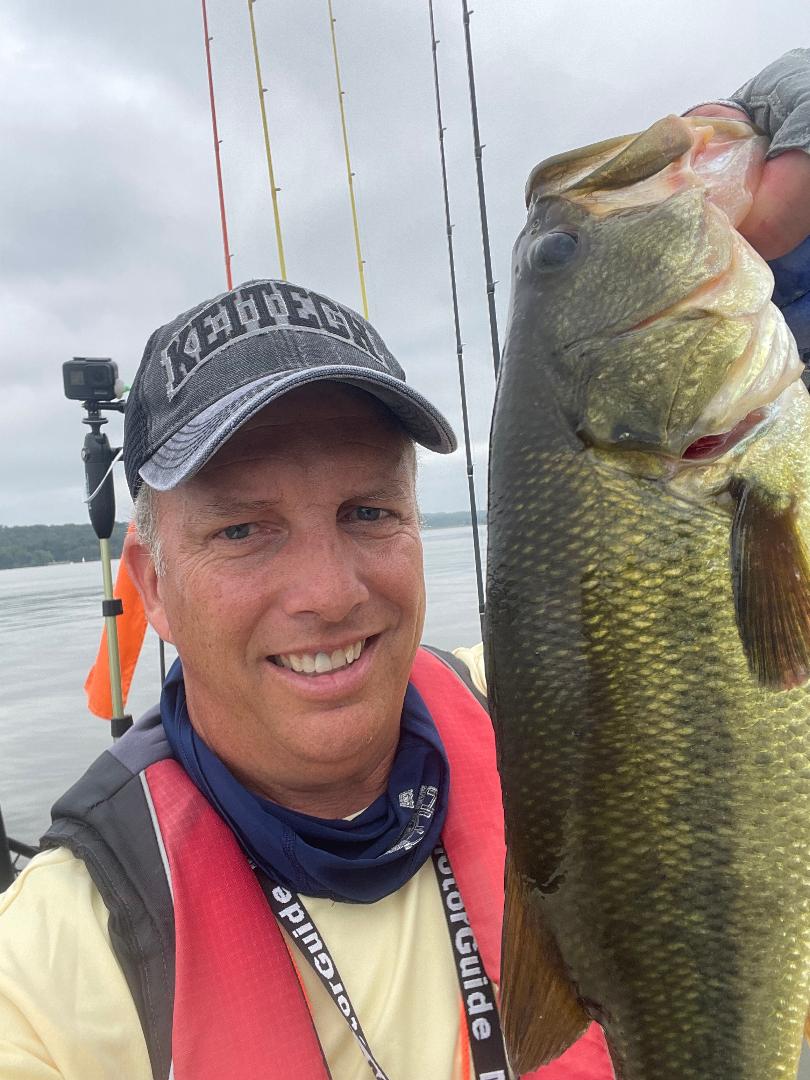